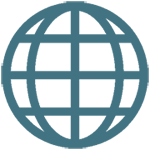 This reporting system outlined in this project is the official COTS monitoring and reporting system of the Marine Park, as endorsed by the Raja Ampat Marine Park Authority and local government for the management of COTs in the region. All culling events or sightings are required to be reported via this system. It is only through collaborative evaluation and management that we can begin to collectively address the current challenges associated with Crown of Thorns Starfish outbreaks in Raja Ampat.

The Crown of Thorns Starfish

The crown-of-thorns starfish (Acanthaster plana) is a species native to coral reefs in the Indo-Pacific region. One of the largest starfish in the world, it grows up to 1m in diameter, and derives its name from its venomous thorn-like spines covering its upper surface. Crown of Thorns Starfish (COTs) are widely distributed across the Indo-Pacific. COTs feed on hard corals, by releasing the contents of their stomach onto the coral, and using digestive juices to dissolve the coral for consumption, leaving behind only the white skeleton. With few natural predators (including triton trumpet, pufferfish, porcupine fish and napoleon wrasse), a mature COTs can eat up to 1m2 per week. On healthy coral reefs, where populations exist in balanced numbers, COTs play an important role in reef health; by predating on the fastest growing corals, they free space for the slower growing coral species to form colonies, thus contributing to coral diversity.

Yet in circumstances where COTs densities increase to a point where the coral reef cannot recover fast enough from the predation, this is considered an “outbreak” and poses significant threat to the health and resilience of a coral reef ecosystem. In extreme cases of outbreak, such as the Great Barrier Reef in Australia, large areas of reef have been affected: coral cover on surveyed reefs in the GBR declined 50% between 1985-2012, with COTs responsible for almost half of this decline (Australian Government, Great Barrier Reef Marine Park Authority).

At this point in time, the majority of reefs accessed within Dampier Strait and surrounding Raja Ampat, are healthy and abundant, with few COTs per hectare and coral growth and recovery in balance with any COTs predation. However, there are several known (and likely more unknown) locations where it is now considered that the densities and damage caused by COTs have reached outbreak levels, and these are areas of serious concern. At these sites preliminary observations show that as opposed to other parts of the world, COTs in Raja Ampat do not exclusively focus on fast growing corals, but have a much wider diet, predating on any coral colony available on its path.

In a place like Raja Ampat, where both local livelihoods and a lucrative tourism economy depends exclusively on the health of coral reefs, it is vital to do whatever we can to mitigate further coral loss in the region. Rather than wait for existing outbreaks to potentially spread, or until significant damage occurs, The SEA People works closely with the Marine Park Authority, Conservation International, and other stakeholders and operators, in the ongoing monitoring and mitigation of the COTs outbreaks in the Dampier Strait region.

We use cookies on our website to give you the most relevant experience by remembering your preferences and repeat visits. By clicking “Accept”, you consent to the use of ALL the cookies.
Do not sell my personal information.
Cookie SettingsAccept
Manage consent

This website uses cookies to improve your experience while you navigate through the website. Out of these, the cookies that are categorized as necessary are stored on your browser as they are essential for the working of basic functionalities of the website. We also use third-party cookies that help us analyze and understand how you use this website. These cookies will be stored in your browser only with your consent. You also have the option to opt-out of these cookies. But opting out of some of these cookies may affect your browsing experience.
Necessary Always Enabled
Necessary cookies are absolutely essential for the website to function properly. These cookies ensure basic functionalities and security features of the website, anonymously.
Functional
Functional cookies help to perform certain functionalities like sharing the content of the website on social media platforms, collect feedbacks, and other third-party features.
Performance
Performance cookies are used to understand and analyze the key performance indexes of the website which helps in delivering a better user experience for the visitors.
Analytics
Analytical cookies are used to understand how visitors interact with the website. These cookies help provide information on metrics the number of visitors, bounce rate, traffic source, etc.
Advertisement
Advertisement cookies are used to provide visitors with relevant ads and marketing campaigns. These cookies track visitors across websites and collect information to provide customized ads.
Others
Other uncategorized cookies are those that are being analyzed and have not been classified into a category as yet.
SAVE & ACCEPT